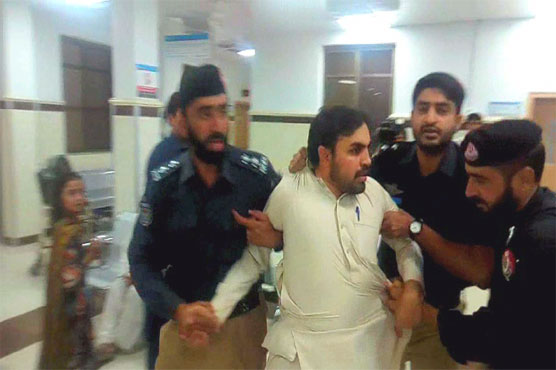 Sources told that dozens of the staffers sustained severe injuries in the scuffle.

The premises of Hayatabad Medical Complex turned into a battlefield after the young doctors, who were trying to lock OPD against amendment in medical teaching institutes (MTI) act, compensation money to the families of deceased doctors, service structure and non-payment of allowances, clashed with the police. 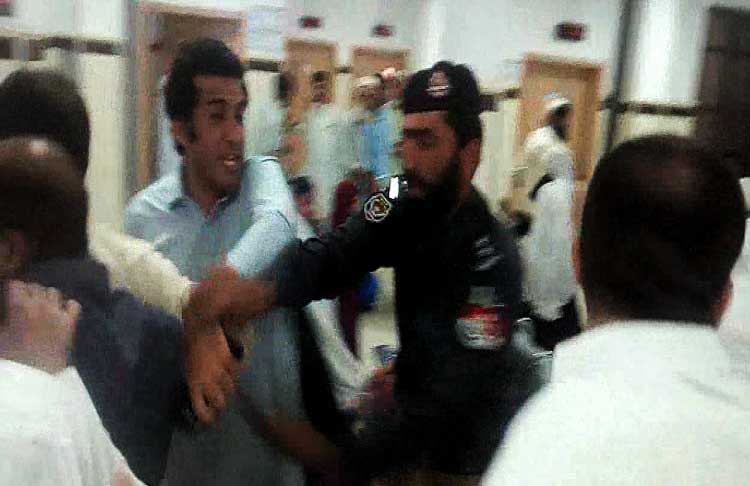 Sources told that dozens of the staffers sustained severe injuries in the scuffle while several were also taken into custody for hyping violence.

The protesters said that the provincial government would not be allowed to amend MTI Act at any cost whereas they also demanded to sack chairman of hospital’s board of directors with immediate effect.

The doctors have continued their protest and hunger strike camp outside Lady Reading Hospital from past two weeks despite detentions.

Three held as police clash with protesting doctors in Peshawar