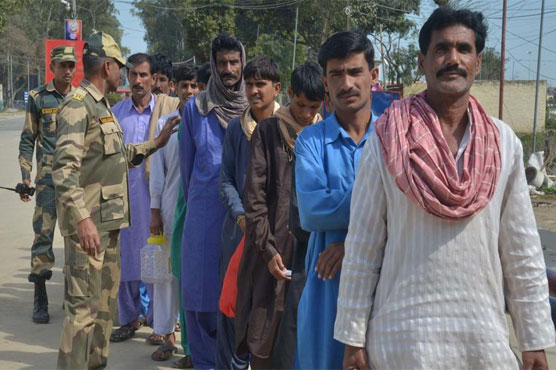 The neighbouring countries use the releases as expressions of goodwill.

NEW DELHI (Web Desk) - India will release 11 Pakistani prisoners on Monday as a ‘goodwill gesture’ amid escalating tensions between both the countries.

According to Indian newspaper, the release was demanded by Pakistan as the prisoners have completed their sentences.

Indian and Pakistan are currently in a row over the death sentence of Khulbhushan Jadhav. Both are fighting the case in the International Court of Justice (ICJ).

The neighbouring countries use the releases as expressions of goodwill. Last week, India had released two children, Ali Reza, 11, and Babar,10, who accidentally crossed the international border in Punjab along with their uncle Mohammed Shahzad who is still in India’s custody.

According to reports, there are 132 Indian prisoners in Pakistani jails, out of which 57 have already served their jail term. Pakistan says India has to confirm their nationality before it releases them.

Indian premier and Nawaz Sharif shook hands as they greeted each other in Leaders’ Lounge around a year and a half after their last meeting in Lahore.

A year after his death, Amjad Sabri lives on in the hearts of his fans