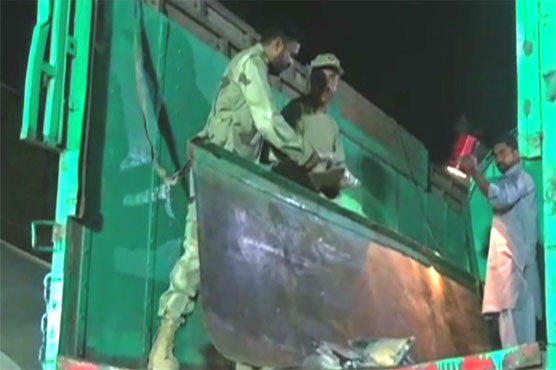 Pakistan Coast Guards seized 2600kgs of narcotics during an operation in Pasni area of Balochistan.

According to details, Pakistan Coast Guards on intelligence reports conducted an operation near Badook Check Post in Pasni and recovered 2600 kilograms of hashish from the secrete chambers of a truck. At least two accused were also arrested.

A spokesman of Pakistan Coast Guards informed media that the seized hashish, worth Rs three billion in the international market, was being smuggled from Quetta to Gwadar.