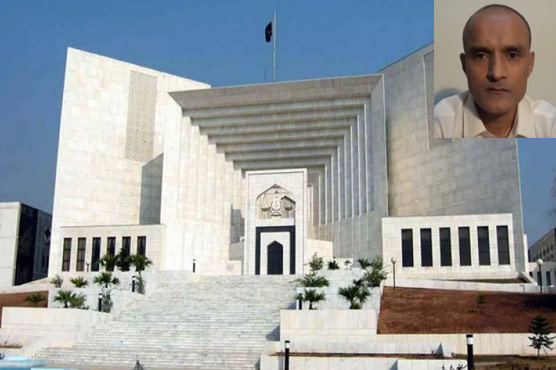 ISLAMABAD (Dunya News) – A petition was filed in Supreme Court of Pakistan on Saturday requesting implementation on death sentence given to convicted Indian spy Kulbhushan Jadhav.

It was stated the intelligence agent confessed to being tasked by RAW to spread unrest and terrorism in Pakistan’s provinces including Balochistan and Sindh. The petitioner asked the Supreme Court to make quick implementation of the verdict given to Kulbhushan Jadhav by the military court for his charges.

While referring to the stay given by International Court of Justice over Kulbhushan Jadhav’s death sentence, the petitioner said Pakistan stands independent in making decision for national security, adding that it wasn’t compulsory to follow ICJ’s verdict.

Kulbhushan Jadhav was sentenced to death for his involvement in espionage and sabotage activites in Karachi and Balochistan. India then moved to ICJ against the punishment sentenced to Kulbhushan Jadhav. The application filed by India in ICJ said death senetence to Kulbhushan was  egregious violations of the Vienna Convention on Consular Relations . India opined that the Indian spy was repeatedly denied consular access.

Traffic jam woes on Karachi highways ahead of Ramazan