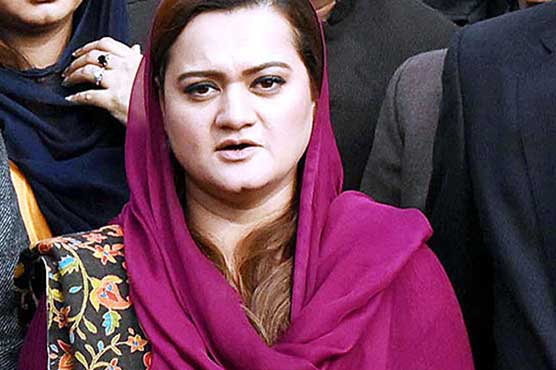 Marriyum said that public narrative was disturbed due to the undemocratic system in the country.

ISLAMABAD (Web Desk) - Minister of States for Information and Broadcasting Marriyum Auangzeb has said that government is working for the revival of indigenous narrative of the country, which faded due to terrorism and extremism.

She was co-chairing National Dialogue on ‘Culture of Tolerance: Reviving the Indigenous Narrative with Leader of the Opposition Syed Khurshid Shah in Islamabad today (Thursday).

She said that parliamentarians, representatives from media and civil society deliberated upon ways to revive the national narrative of peace, tolerance and harmony.

Operation Raddul Fasad is also aimed at bringing about a change in the mindset, she added.

The Minister of State appreciated the role and sacrifices of the parties and workers for strengthening the political culture in the country. She said that public narrative was disturbed due to the undemocratic system in the country.

She expressed the confidence that revival of the film industry would also contribute towards tackling the menace of extremism and terrorism.