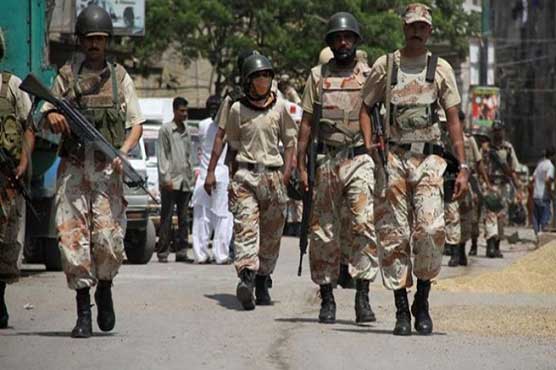 KARACHI (Dunya News) - Intelligence agencies carried out an operation near Landhi Police Station on the information gathered from an under custody accused and recovered large quantity of ammunition, Dunya News reported on Monday.

Separately, Rangers conducted a search operation in Janat Gul Town at the Super Highway. All the entry and exit points of the area were sealed before the start of the operation and arrested one operative of a banned organization and two other suspects during house-to-house search.

The arrested persons were later shifted to some undisclosed location for further investigation.

On the other hand, police have recovered a dead body of a woman from Afghan Basti in Sohrab Goth area. The identity of the deceased is not yet known.