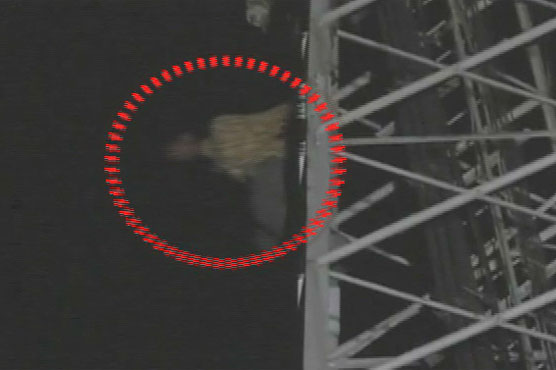 A 17-year-old youth attempted to commit suicide by jumping a mobile phone tower in Multan on Monday.

MULTAN (Dunya News) - According to details, 17-year-old Arsalan mounted a 90-foot mobile phone tower near his house at Masoom Shah Road in Multan on Monday and threatened to commit suicide by jumping from the tower over family dispute.

Police and rescue 1122 teams reached the spot after getting the information. Arsalan’s parants, brothers and friends repeatedly requested him to come down but all in vain.

After three hours, rescue team members mounted the pole to bring Arsalan down upon which he jumped and got seriously wounded. He was rushed to Nishtar Hospital where his condition is stated to be very critical.