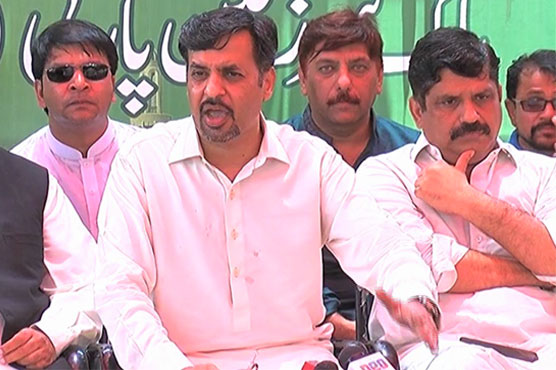 He was speaking at a press conference in Karachi.

KARACHI (Dunya News) - Pak Sarzameen Party (PSP) Chairman Mustafa Kamal has announced on Sunday that they will shut down Karachi if their 16 demands are not fulfilled.

During a press conference in Karachi, the PSP leader said that they will not compromise on their children’s right to water, education and health. He asserted that they will not back away from their stance and will shut down the city if deemed necessary.

He warned the government of consequences in case of delay in accepting PSP’s demands.

Earlier, Mustafa Kamal presented 16 demands to resolve problems faced by citizens of Karachi. He then led a million march rally in Karachi. The leaders were detained along with several party workers for trying to enter Karachi s red zone. However; they were released later after a brief detention.