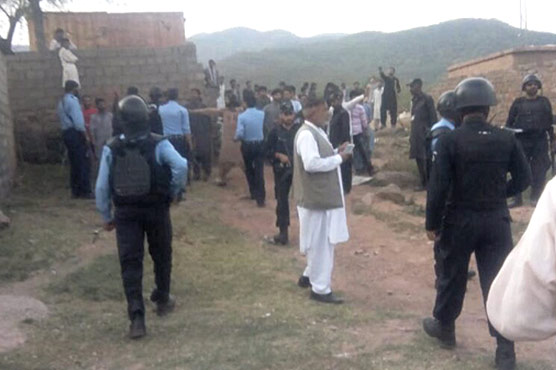 Several injured were admitted to hospital while more troops of police, Rangers called

ISLAMABAD (Dunya News) – Scuffle broke out between two student groups in Islamabad’s Quaid-i-Azam University during Saturday which injured several who were later hospitalised.

Both student groups threw stones at each other resulting into injuries. A few students were severely injured and admitted to hospital in critical condition.

More troops of police and Rangers have been called at the campus sight by university administration to control the situation. The enraged students even threw stones at the law enforcement officers.

The varsity administration has announced to suspend the educational activities and keep hostels as well the university closed for one week. On the other hand, students have rejected administration s order of evacuating the hostels. Police have given 20-minute ultimatum to students to empty the hostels or else necessary action will be taken.

PHOTO: Police and Rangers troops at the university campus in the capital