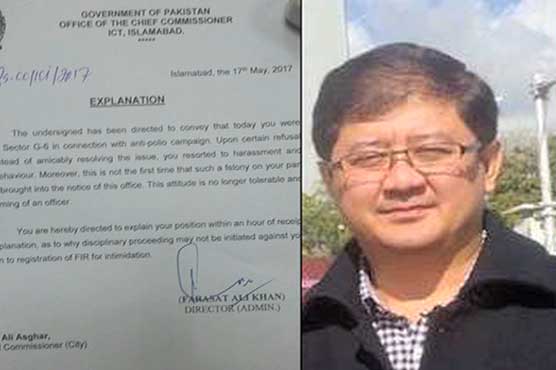 According to initial details, AC city landed in trouble after police personnel vaccinated polio drops to the excise director Mariam Mumtaz’s daughter despite refusal of her husband.

Mariam Mumtaz approached Islamabad Chief Commissioner and asked to take action against Asghar.  The AC stated that there was an order to lodge case against those who refuse to inoculate polio drops to their children.

However, he surrendered his services as Assistant Commissioner to the Establishment Division.