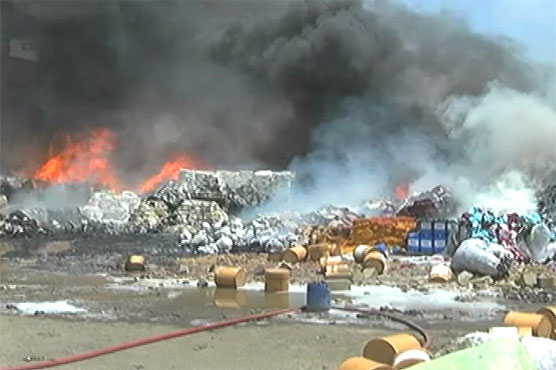 No human casualties have been reported, though goods worth millions of rupees have been destroyed.

KARACHI (Dunya News) – According to details, fire broke out at a chemical and plastic godown situated at the Maripur Road in Karachi on Thursday which destroyed goods worth millions of rupees.

The owners of the godown have said that the fire brigade officials reached the spot after a delay of two hours due to which the blaze went out of control and caused a huge loss.

On the other hand, fire brigade officials were of the view that six fire tenders participated in the operation to bring the fire under control during which two fire fighter received burn injuries.

Lahore: Fire breaks out at surgical ward of Shalamar Hospital