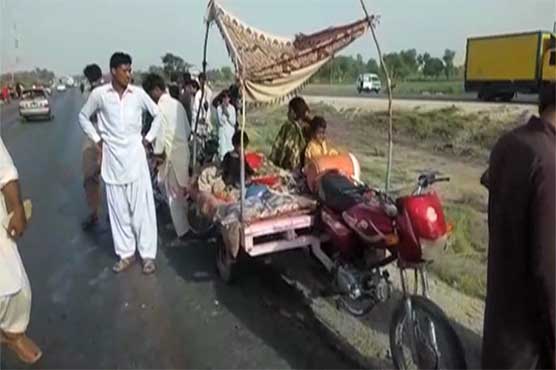 Visitors of Sehwan shrine among casualties, they were headed to Sadiqabad by National Highway

Among the casualities include visitors of Sehwan shrine that were headed to Sadiqabad after paying their regards at Lal Shahbaz Qalandar Urs.

The four rickshaw passengers, including two kids, succumbed to injuries and died at the spot. Also, the two persons injured in the road accident were admitted to Ghotki hospital for medical treatment.

According to reports, Sehwan visitors had paid their regards at the shrine and were headed to Munthar village in Sadiqabad when a speedy truck collided with their rickshaw.