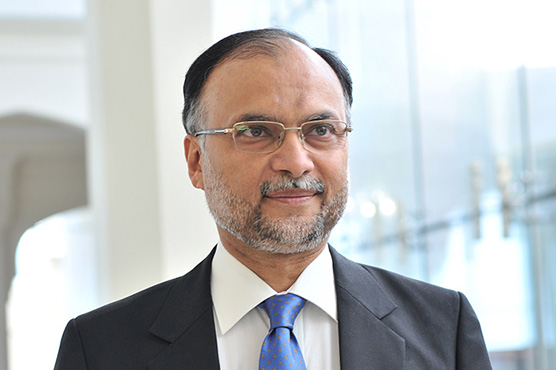 In multiple messages posted on social media, the federal minister contested that the entire story is based on working documents as the final draft was taken up with NRDC on Sunday on the outlines of One Belt One Road (OBOR) summit 2017.

I am appalled by Dawn Leak II. CPEC Long Term Plan story based on working docs 2 distort final draft taken up with NDRC yesterday in Beijing

He reduced the English daily to a mere runner in ‘a race for breaking news.’ According to the minister who currently is visiting China alongside Prime Minister (PM) Nawaz Sharif, Chief Minister (CM) Shehbaz Sharif and CM Pervaiz Khattak among four CMs, it was a “half-cooked” story.

Dawn story titled: “Exclusive: CPEC master plan revealed” claims that the published content is based on details from the original documents laying out the CPEC long term plan that have been publicly disclosed for the first time.

The minister, who plays a pivotal role as far as CPEC is concerned stated that the government could not release the entire plan (LTP) without consultation with the Chinese which is why the story is factually incorrect as it is based on half released documents.

“The plan lays out in detail what Chinese intentions and priorities are in Pakistan for the next decade and a half, details that have not been discussed in public thus far,” the story reads.

Iqbal wrote: “We couldn’t release LTP without final consultation with Chinese side which was done yesterday.”

We couldn t release LTP without final consultation with Chinese side which was done yesterday. In race for breaking news half cooked story.

The minister further criticised the daily stating that it did not contact the Ministry of Planning, Development and Reforms for government’s stance as a standardised journalistic practice.

CPEC is a historic USD46 billion investment of China in Pakistan which entails construction of various development projects connecting the country to bigger OBOR.

Last year in October, the daily had published a story that claimed of a confrontation between the civil and military leadership in a meeting of the National Security Committee in Islamabad.

The daily received flak from the government and the military for not being remotely close to the truth however, the paper stood by the story and claimed that it was published after confirmation of multiple sources.

In the aftermath, echoes of which are still heard in the parliament and press conference of the lawmakers, Special Assistant of the PM of Foreign Affairs, Tariq Fatemi was relieved of his services.

Fatemi denied feeding the story to any media outlet and asserted in his farewell speech in the Ministry of Foreign Affairs that he never released any information, concerning the government, to media all through his career.