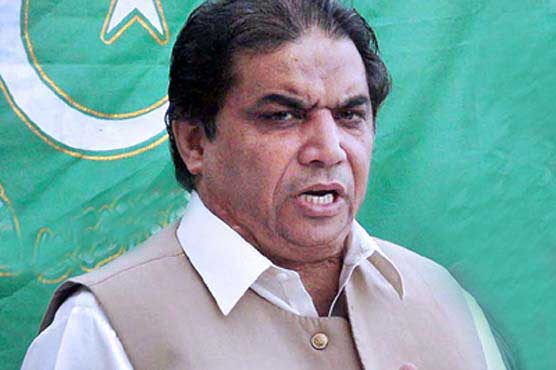 Hanif Abbasi said that Pervaiz Khattak going to China with PM Nawaz meant that PTI had accepted Nawaz Sharif as their prime minister.

In his reaction to the allegations levelled by Imran Khan and Sheikh Rasheed in the Abbotabad public meeting, Abbasi said that PML-N believed in serving the people instead of holding public rallies all the time. “Look at the system of garbage removal in Rawalpindi; look at the hospitals in the city. All of it was done by PM Nawaz Sharif and PML-N”, he said.

He added that several playgrounds were made in the city and metro bus was also built in the city, helping 100,000 people to commute daily at subsidised fares. He alleged that Sheikh Rasheed didn’t even meet people of Rawalpindi.