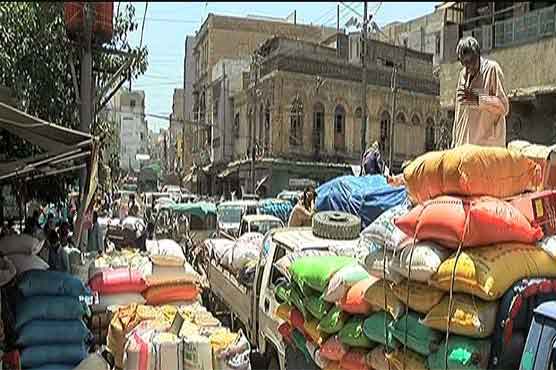 Traders suffer a loss worth Rs 6 billion, inflation expected to hit sky ahead of Ramazan

KARACHI: (Dunya News) – The supply of goods has been badly affected as the strike called by goods transporters continued for the fifth day on Saturday. Traders have already suffered a loss of Rs 6 billion and inflation is expected to hit the sky way ahead of Ramazan this year, reported Dunya News.

The traders believe that the prices will soar if the transporters’ issues are not resolved. Traders at Jorrya Bazaar said that the strike has created a huge block in the supply of goods and the inflation may go out of control if this issue isn’t resolved soon.

The transporters running smaller cars have also raised their fares due to the ban on heavy transport in the city. Sindh High Court has adjourned the hearing of the case demanding heavy vehicles’ movement in the city till May 20, leaving Karachi in danger of acute shortage of daily use goods and raw material.