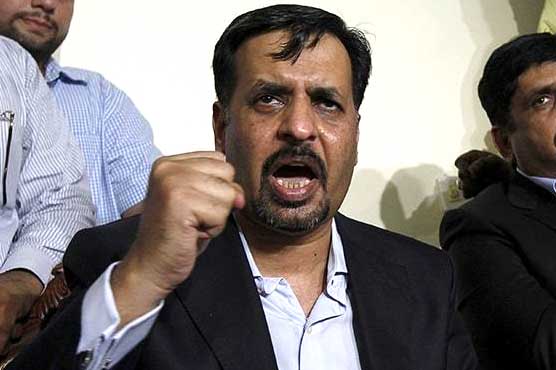 He was addressing a press conference in Karachi.

Kamal apprised media personnel that PSP had recently staged sit-in for 18 days in scorching heat during which the party put forward 16-point agenda. Kamal vowed not to step back from these 16 points at any cost.

Kamal unleashed verbal onslaught against Sindh government and accused it of obliterating state institutions. Kamal warned that old tactics would not work anymore.

“Karachi acquires nothing in return despite generating 70pc revenue. Situation is so worst that even clean drinking water is not available to residents of metropolis whereas 130 children have expired of malnutrition in Tharparkar. I have built Karachi once and I know how to erect it again”, uttered the disgruntled Kamal.

It is pertinent here to mention that PSP has conducted several rallies and has staged sit-in for eighteen days in favour of their demands.

Rulers are bound to work under constitutional oath: Kamal

Those who handed over powers to PPP now howling: Kamal