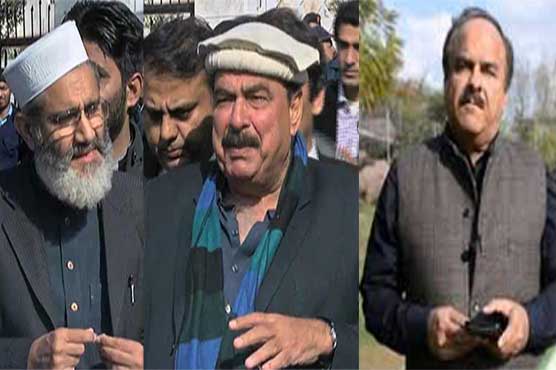 The opposition parties have rejected the government notification on Dawn Leaks while supporting Pakistan Army s position on the matter.

He said that the party was doubtful of PM’s intentions, adding that he had become a security risk for the country. “Such questions will be raised till he resigns,” he added.

AML Chief Sheikh Rasheed said Dawn Leaks matter could be resolved but same would not happen in Panama Leaks. He claimed that Nawaz Sharif would be ousted if he kept on conflicting with the army. 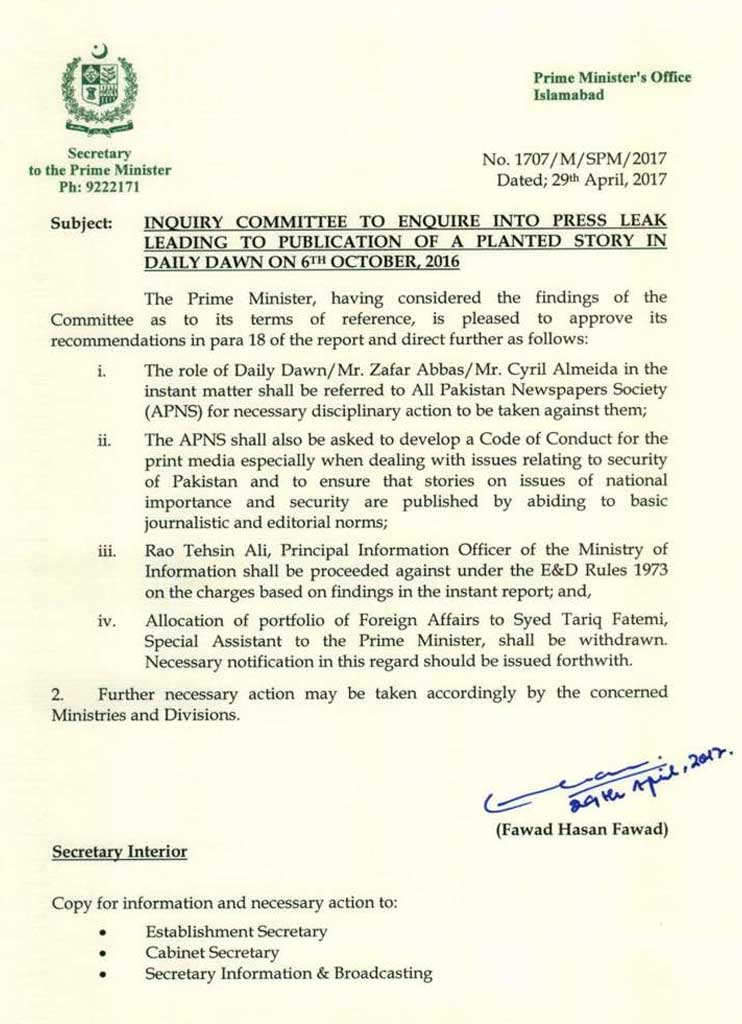