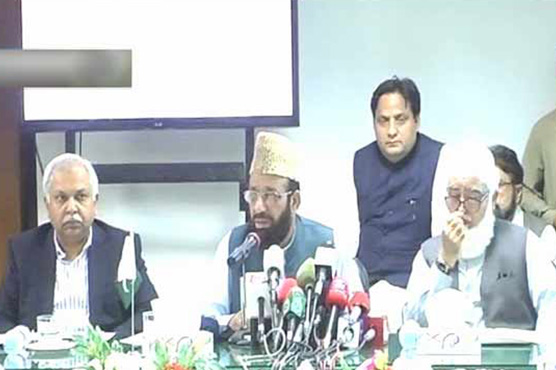 ISLAMABAD (Dunya News) – Around 87,419 applicants of government’s Hajj scheme have won the lucky draw out of whom, 107,526 would be shortlisted while 17,564 are in the waiting list over which the court holds the final say.

At least 87,419 applications were selected out of a total 338,696 forms. Under 50 percent reserved quota of the ministry, 87,419 candidates were declared winner and have been congratulated through SMSs.

According to an order of the court, 50 percent of the 60 percent pilgrims have been declared finalists whereas the Hajj organisers have challenged ten percent quota of Hajj in Sindh High Court. Punjab Information Technology Board was sought assistance from for computerized lucky draw.

According to the federal minister, 179,210 candidates would perform Hajj this year and that for the first time, 394 senior citizens have been given immunity from lucky draw.

A young attendant would be dispatched along with all 394 senior citizens each, he added.

Sardar Yousaf said that the candidates that won the lucky draw today are needed t submit their passports by May 10. However, those who fail to meet the deadline would be able to refund their money from banks concerned.

Hajj operation would begin on July 27 and would conclude by October 6, the minister said.