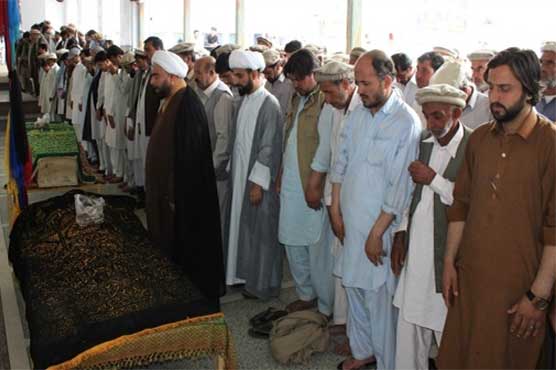 Three women, a six-year-old girl and a nine-year-old boy were among the dead.

The incident, which occurred in the Godar area of Kurram tribal district early Tuesday, has been claimed by both the Jamaat-ul-Ahrar (JuA), faction of the Pakistani Taliban and the Islamic State group (IS).

Three women, a six-year-old girl and a nine-year-old boy were among the dead, Baseer Khan, a top government official in Kurram tribal district told AFP -- adding that the passengers were targeted because they belonged to the Shiite religious minority.

JuA pledged alleigance to IS in 2014, but a year later said it had re-joined the Tehreek-e-Taliban (which in turn is allied to Al-Qaeda, a foe of IS).

Since 2016, JuA and IS have both laid claim to several attacks, notably a suicide bombing at a civil hospital in southwest Quetta last year that killed 73 people -- raising the possibility they are colluding, or that JuA, which has footsoldiers on the ground, is allowing IS to also take credit in order to achieve propaganda goals.