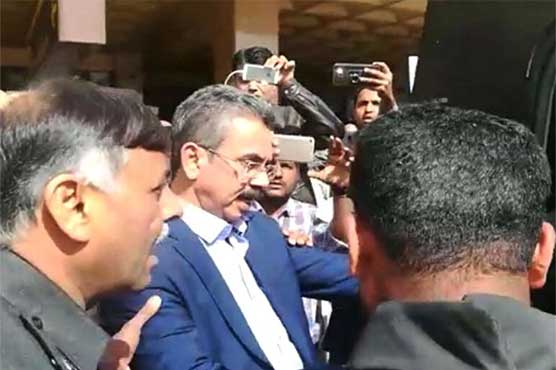 The case hearing has been adjourned hearing till 21st April.

KARACHI (Dunya News) - Police on Friday showed detention of Muttahida Qaumi Movement Pakistan’s (MQM-P) former leader Saleem Shahzad in two more cases. Now, Shahzad has been on bail in one case while has been under detention in three others.

The anti-terrorism court (ATC) resumed hearing on Shahzad’s bail plea today (Friday) during which the court was apprised that two more cases were registered against former leader in Landhi’s police station.

The ATC directed investigation officer to present challan of cases and ordered further arguments on Shahzad’s bail plea. A plea on provision of medical facilities to Shahzad in prison was also filed today.

The plea states that despite court’s directives, police had not provided medical facilities. The plea requests court to initiate action against jail superintendent.