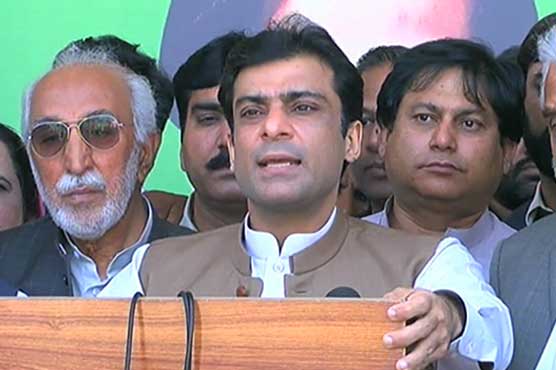 Addressing the PML-N workers in Chakwal, Hamza Shahbaz dismissed Pakistan Tehreek-e-Insaf (PTI) chief Imran Khan’s prediction about elections in the current year and said that the incumbent government would complete its tenure.

“Those hinting at polls in the current year have nothing to give to the people. No one can become a leader by crossing political and ethical boundaries”, he added.

He further pledged to control electricity load shedding by installing various plants and also announced early completion of projects under China Pakistan Economic Corridor (CPEC). The lawmaker said that the opposition leaders who strongly bashed Metro Bus and termed it as ‘Jangla Bus’ are now going to construct it in Khyber Pakhtunkhwa (KP).