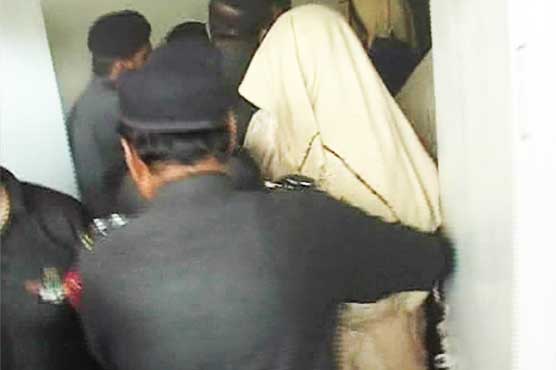 ATC heard the case during which the accused including prime suspect were presented.

SARGODHA (Dunya News) – Anti-Terrorism Court (ATC) on Thursday has handed over custodian of a Sufi shrine of Mohammad Ali along with three accomplices involved in Sargodha carnage to the police on a six-day physical remand.

According to details, ATC heard the case during which the accused including prime suspect were presented before the court.

On the day of mishap, the victims were apparently given intoxicants before the gruesome killings, and some of the bodies were stripped nude.

The custodian, 50-year-old Abdul Waheed, told police he killed the worshippers because he thought they might kill him one day, Arshad Abbas, an investigator in the case, told AFP.

Some officials have said Waheed had mental health problems and had used violence on followers before.

Several million Muslims in Pakistan are still believed to follow Sufism, although it has been overtaken in recent decades by more mainstream versions of the faith.

Many believe this will help get their prayers answered.

Hardliners such as the Taliban have carried out major attacks on Sufi shrines because they consider them heretical.

In February 90 people were killed and hundreds wounded in Pakistan s southern province of Sindh, when a suicide bomber blew himself up among devotees at a Sufi shrine in an attack.

In remote and rural areas they are far from medical aid.

Devotees are often impoverished and women and children are usually in attendance for the dancing and music.