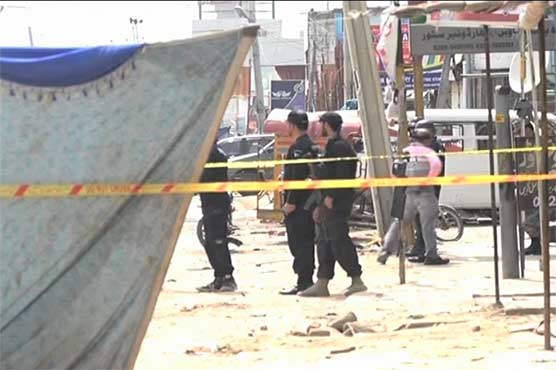 LAHORE (Dunya News) – On Wednesday morning, Lahore woke up to a blast at Bedian Road that jolted the city while taking away several precious lives and leaving behind several others injured.

Among others, an Air Force officer Owais Zafar also embraced martyrdom during the incident.

While talking to Dunya News, Owais’ father revealed that his son alongside his wife was going to CMH for medical check-up.

As a result of the blast, Owais Zafar embraced martyrdom while his son and wife were critically injured.

Wife and son of the deceased had been admitted to General Hospital.