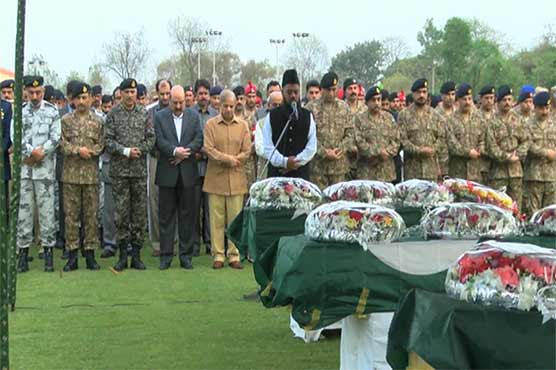 LAHORE (Dunya News) - The funeral prayers of the four martyred army soldiers were offered on Wednesday at Ayub Stadium in Lahore.

The coffins of martyred soldiers were wrapped in Pakistani flags at the occasion.

The bodies of soldiers were shifted to the native areas where they will be buried with complete military honour.