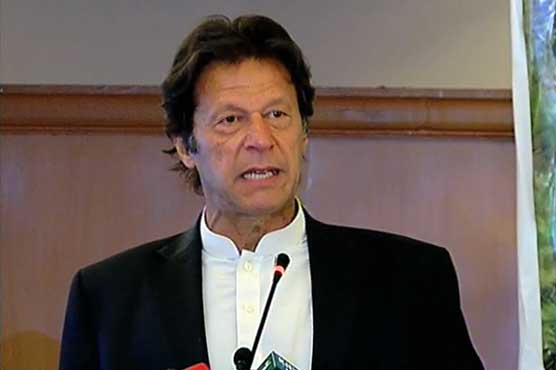 PTI chief gave these remarks while responding to a journalist’s question during his speech at an event regarding Billion Tree Tsunami project in Islamabad.

Commenting on Billion Tree Tsunami campaign, Imran Khan highlighted that success rate of the billion tree plantation is around 83 percent.

"We have planted 80 crore trees. The impact of this will go into the next generation," he added.

Khan lauded Khyber Pakhtunkhwa ministers for taking the lead and not backing down in the face of timber mafias.

He further claimed that 60,000 kanals of land worth Rs 22 billion has been recovered from the timber mafia.

"Billion tree tsunami is just a stepping stone; we wanted to show everyone how this initiative can be executed and from here we will make it much bigger," stated Imran Khan.

He further mentioned that the federal government is also now taking inspiration from this campaign, and they have pledged to grow 10 crore trees in 5 years.