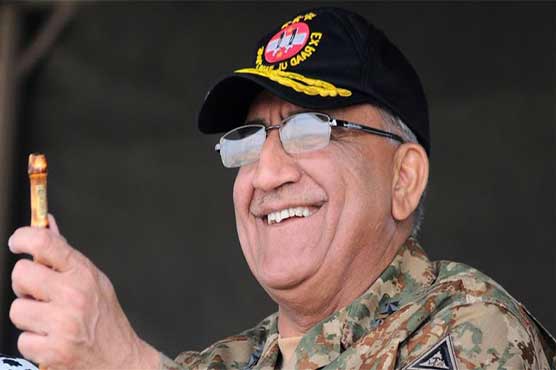 RAWALPINDI (Dunya News) – Chief of Army Staff General Qamar Javed Bajwa vowed on Thursday that the Pakistan Army would eliminate all miscreants from the country.

Army Chief told, “Pakistan is a peaceful country. We will eliminate all miscreants of the country at any cost.”

Moreover, he praised those who sacrificed their lives for the country while calling them ‘our heroes’. “The sacrifices will not go wasted and the nation owes its peace and freedom to the martyrs”, he added.

#COAS thanks China,Turkey,KSA & CDF South Africa for participation. Pakistan is significant in comity of nations. We r peaceful country..2/4 pic.twitter.com/wW6BHZ641H

#COAS acknowledges sacrifices of Ghazis & Shaheeds; "U r our heroes, ur sacrifices shall not go waste. We owe our peace and indep to U". 3/4 pic.twitter.com/aarTJyAaCq

"Nation to stay steadfast for cleaning  Our Pakistan  from fasaadis. Enemies of Pakistan to lay off". #COAS
pic.twitter.com/Gj48YS4FbA