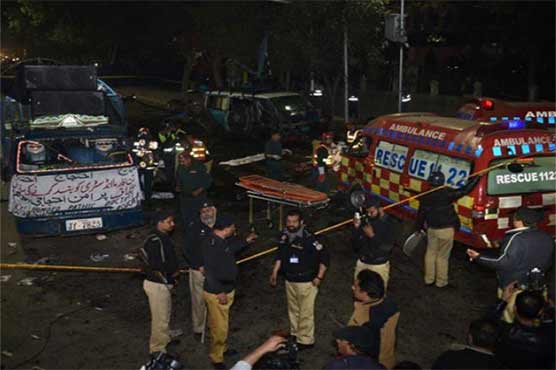 LAHORE (Dunya News) – A significant progress has been witnessed in the investigation of Charing Cross suicide bombing as four more terrorists have been apprehended from Circular Road, reported Dunya News.

The arrested terrorists were pointed out by the facilitator of Lahore blast.

Sources at Counter Terrorism Department (CTD) revealed that three of the terrorists hailed from Mohmand Agency while the other from Bajur Agency.

The arrested terrorists were identified as Irfan Khan, Atta-ur-Rahman, Abdullah and Imam Shah.