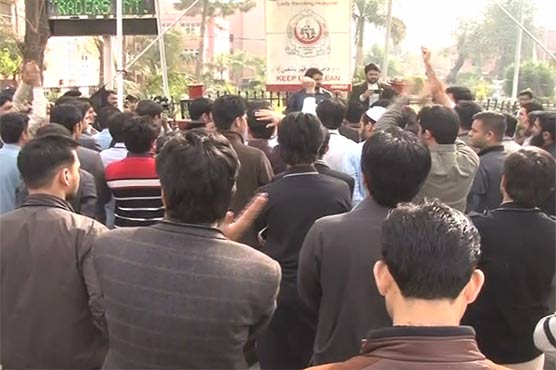 All services except for emergency were shut today

PESHAWAR (Dunya News) – Doctors affiliated with Lady Reading Hospital have protested on Thursday over mysterious death of a fellow medic named Murtaza who was found dead in hospital’s hostel around two weeks ago.

Medics staged the protest at Zero Point today over alleged slow-paced probe of the case.

However, owing to patients’ suffering, administration convinced the protesters to postpone the strike for four days.

All services except for emergency were shut in the meanwhile.

Young doctors have given a deadline until Tuesday to the departments concerned to probe the death. The association has threatened to strike across Khyber Pakhtunkhwa if the deadline in not met.

No, KKR and Zalmi not playing T20 series