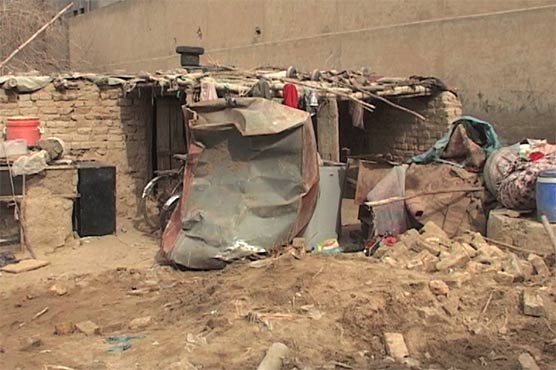 QUETTA: (Dunya News) – A dumper filled with sand fell on a house on Double Road, killing with seven members of a family, reported Dunya News.

The dumper was bringing sand for an under-construction plaza nearby but turned over due to some cracks in the road and fell on the house. 11 people sleeping in the room remained under the debris for quite some time.

The locals somehow pulled them out of the debris but the city administration couldn’t come for the help. Every eye in the area is teary.

The dumper killed Sher Muhammad’s wife, two daughters, one son and two guests. All the people were shifted to the hospital immediately where the doctors confirmed their deaths.

Dumper’s driver fled the scene and hasn’t been arrested as yet. Police took the dumper into custody and started inquiry after registering the case.

Seven killed as truck rolls over mud house in Quetta