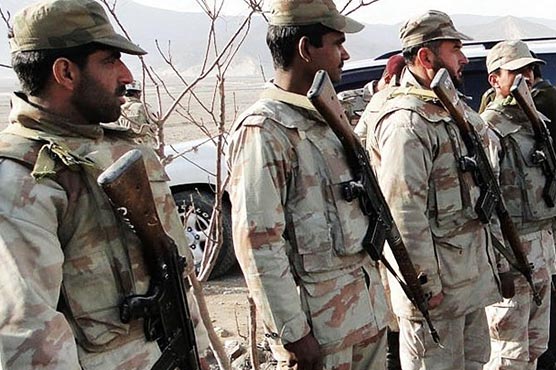 26 IEDs have been recovered in the operation today: ISPR

RAWALPINDI (Dunya News) – In fresh blows to extremist outfits under Operation Radd-ul-Fasaad, the army has foiled a major terror bid in Loralai area of Balochistan province on Thursday.

Inter-Services Public Relations reported that terrorists were planning to target student buses of Loralai University and vehicles of law enforcement agencies using improvised explosive devices, 26 of which were recovered in the operation.

Media cell of the military reported that intelligence and Frontier Corps conducted a joint operation in Killi Shah Karaiz area near Loralai after the forces were tipped off about presence of operatives of Tehrik-i-Taliban Pakistan’s Wahab Zakhbail group.

Operation Radd-ul-Fasaad was launched across the country on Wednesday that entailed deployment of Pakistan Rangers, a paramilitary force, in Punjab for 60 days after the provincial government had requested the federal government.

Help of Rangers was sought by the Government of Punjab after a blast on Shahrah-e-Quaid-e-Azam claimed 14 lives on February 13.