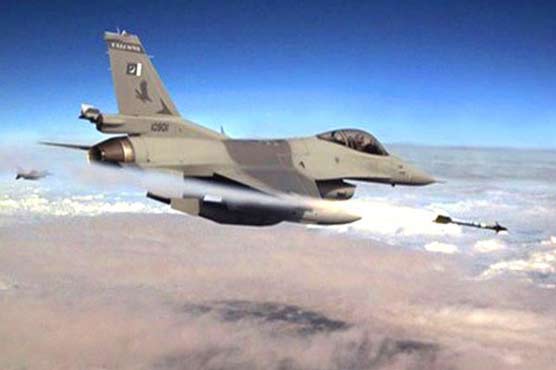 The terrorists tried to regroup in Wucha Bibi area of North Waziristan and were targeted by the PAF.

According to ISPR statement, terrorists tried to regroup in the Wucha Bibi area of North Waziristan and were targeted by the PAF.

Several terrorists were killed in PAF airstrikes carried out in Wucha Bibi area. A large number of terrorist hideouts were also destroyed in the airstrikes.

More than 130 suspected terrorists have been killed and over 350 people, mostly Afghans, arrested in Pakistan as part of a nationwide crackdown by security forces following a string of suicide bombings in the country.

In Pakistan’s northwest tribal region, at least 11 terrorists, attempting to enter Pakistan from Afghanistan, were killed during a gun battle with the security forces. The gun-battle occurred in Sapperkot and Para Chamkani in Kurram Agency.