Bike used in Peshawar blast turned out to be stolen, reveals initial probe 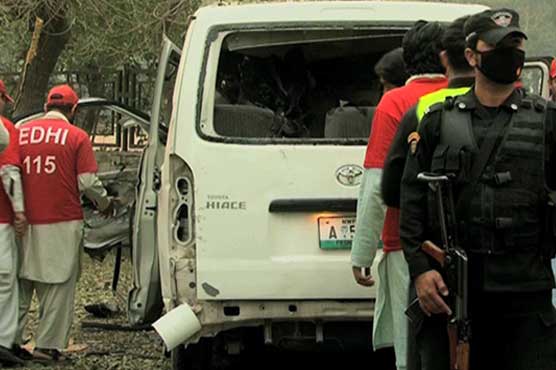 The attacker rammed his motorcycle into judge's vehicle when it reduced speed.

PESHAWAR (Dunya News) – The motorbike that was used in Peshawar blast that killed one and left 15 injured has turned out to be stolen.

According to initial report, the attacker rammed his motorcycle into judge’s vehicle when it reduced speed.

Earlier on Wednesday, four judicial officers among 15 persons sustained wounds while driver of a judicial staff‘s vehicle was killed as a bomb exploded near the vehicle in Hayatabad’s Phase-V.

According to the Senior Superintendent of Police, a motorcyclist, wearing suicide vest, rammed into the judge’s vehicle.

Reportedly, the civil judge had sustained wounds. Medics had reported that a body and five wounded were brought to Hayatabad Medical Complex.

No option other than merging FATA into KP: Imran Khan