Bahawalnagar: Six killed after house collapsed due to cylinder blast 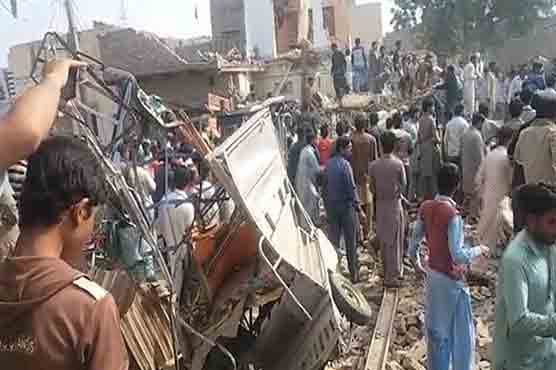 Fifteen people were reported to have been injured in the explosion

BAHAWALNAGAR (Dunya News) – At least six people were killed and several others injured when a house collapsed as a result of cylinder blast on circular road Bahawalnagar, reported Dunya News.

The sound of massive explosion was heard in the far-off areas as well.

The rescue teams and locals reached the place of accident and recovered the bodies underneath the rubbles.

However, six people including two children died while 15 people were also reported to have been injured in the explosion.

The casualties in the incident were rushed to DHQ hospital immediately after the incident.