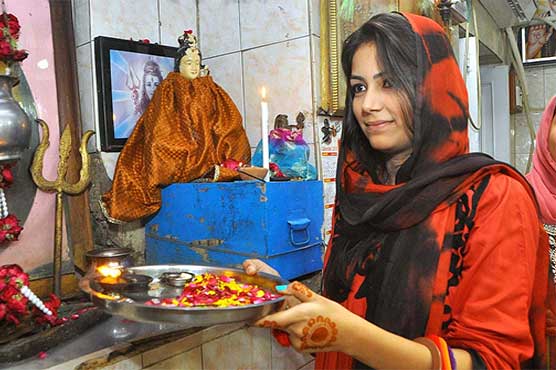 CDA has conditioned allotment of plot with approval of Ministry of Religious Affairs.

CDA has approved a plot of four kanal in H-9/2 sector where Hindu community will build a temple and cremation center.

A letter has been written to Directorate of State Management in this regard and plot would be handed over to the community through the Auqaf department.

However, CDA has conditioned allotment of plot with approval of Ministry of Religious Affairs and Inter-faith Harmony and other concerned departments.

National Assembly (NA) Parliamentary committee has approved allotment of plot on July 15, 2016 after dismissing concerns put forward by the government that there would be security issues if a temple is built for Hindus.

In the absence of a temple, around 1200 Hindus from Islamabad have been celebrating festivals in their homes, and in case of a death in their community, they take the bodies either to Rawalpindi or to their native towns for cremation.

The only temple in the twin cities is Krishna Mandir in Kabari Bazaar, Saddar Rawalpindi. There are also some small temples in residential parts of the Rawalpindi cantonment.