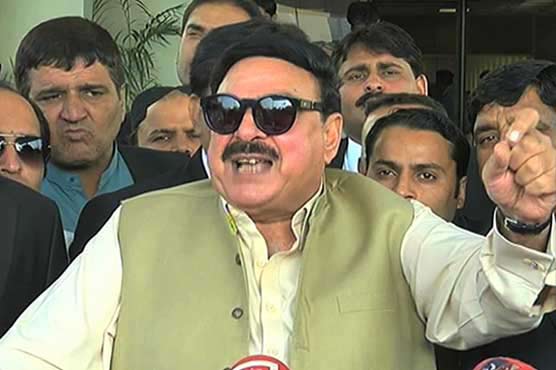 Talking to media, Sheikh Rasheed said that he wanted to bring it on record since the government was extremely horrified and could do anything. He said that he was ready to sacrifice his life for the nation. “Those having flats in London are afraid of my 5-marla Lal Haveli”, he said. He added that Rana Sanaullah and Saad Rafique had been threatening him.

On the other hand, Evacuee Trust Board has issued a notice to Sheikh Rasheed, asking him to evacuate Lal Haveli. The board’s team has told the employees to evacuate the residence. It has also been learned that the government has decided to take the building into government’s custody, declaring it a historical heritage.

It is pertinent to mention here that this building was owned by a Hindu woman before 1947 and she migrated to India afterwards. Since 1980, it has been Sheikh Rasheed’s residence and his political headquarter. Sheikh Rasheed claimed that this building was his family’s property. “I’m a suicide politician. If the government wants to get Lal Haveli vacated then they may send their teams to get it evacuated, and I’ll make sure that the PM House is also vacated”, he said.