Bodies of PK-661 crew likely to be exhumed 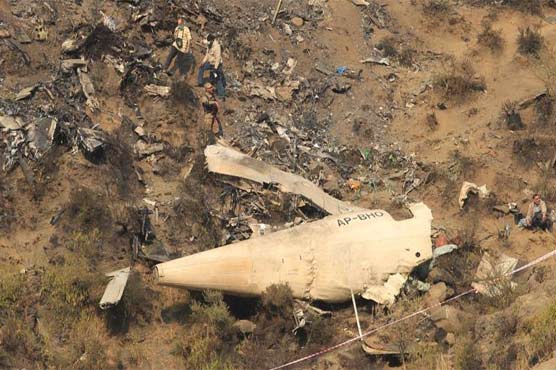 Bodies of PK-661 crew likely to be exhumed

Permission of district administration will be sought for exhumation

Permission of district administration will be sought for exhumation.

The bodies will be subjected to medical tests to check consumption of poisonous food items before the crew took off from Chitral in the evening on December 7.

Sources privy to the authorities concerned have reported that a board comprising of medics belonging to PIMS would be formed to conduct tests and report their findings.

PK-661 flight crashed near Havelian while on way to Islamabad claiming lives of all 48 persons on board including five crew members.

The crash claimed life of renowned scholar who was looked up to by thousands, Junaid Jamshed who was returning to the federal capital from Chitral along with his wife. District Coordination Officer (DCO) of Chitral was also among the 48 persons killed.