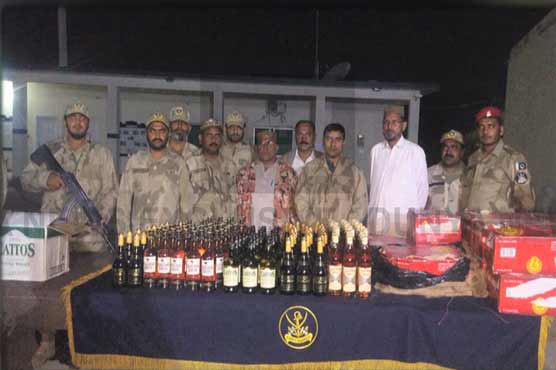 The force launched crackdown against illegal import and storage of goods at entry points and maritime boundary of Balochistan.

Spokesperson for the security agency reported that a raid was carried out in Badduk area in light of credible intelligence which prompted an exchange of fire with culprits who managed to flee the scene.

However, the security personnel seized over 450 bottles of liquor and 550 canisters of bear.

According to the spokesperson, the security agency raided a suspicious ship docked in precincts of Gwadar that resulted in seizure of diesel, smuggled from Iran.