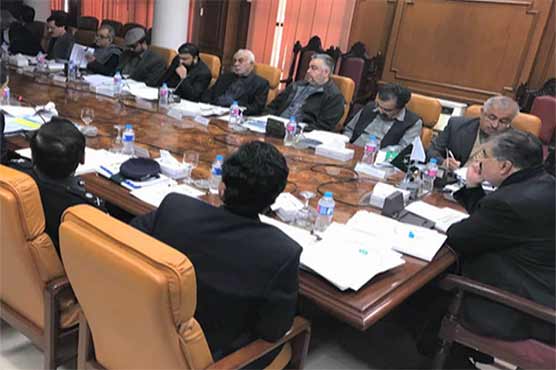 Balochistan govt finally decided to get rid of unemployment problem in the province, it seems

QUETTA: (Dunya News) – Balochistan government finally woke up to the unemployment problem in the province as it decided on Tuesday to fill the 25,000 vacancies in the province within next 90 days, reported Dunya News.

The provincial government that had come to power claiming to resolve public issues has finally woken up to the fact that there are 25,000 seats lying vacant in various departments for the last four years.

In an important meeting presided over by Chief Minister (CM) Sanaullah Zehri, it was decided that the vacancies would be filled within 90 days. The hiring of teachers and paramedics from Grade 1 to 10 will be done through testing service.

The cabinet decided to make medical colleges in Loralai, Khuzdar and Turbat. It also approved forming a high-level committee headed by CM to address the concerns of various political and parliamentary parties regarding Gwadar.

Addressing the cabinet meeting, CM said that the people of Balochistan had the first right on Gwadar. He said that China-Pakistan Economic Corridor (CPEC) would change the lives of the people living in the region.

Peace will be restored in Balochistan at all costs: army chief