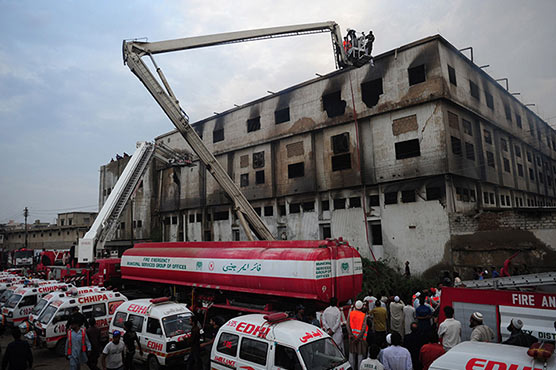 KARACHI (Dunya News) – Ghulam Ali alias Goli has been sent on judicial remand after police presented him before an anti-terrorism court on Tuesday in Baldia Town factory fire case.

The suspect was presented before Judicial Magistrate of West District amid tight security while the police requested the court to grant his physical remand. The official claimed that the suspect confessed during interrogation that he set Ali Enterprises on fire along with Zubair Chirya.

It was also stated in the court that Hammad Siddique had ordered to set the factory on fire and participation in rescue and relief operations was also ensured afterwards on order of political party’s leadership.

The court turned down police’s request and granted judicial remand of the suspect while ordered the authorities to present challan in the case within 14 days.

Imran's disqualified repeatedly due to his speeches: Amir Muqam

Five days on, no trace yet of missing Pakistani activist Salman Haider