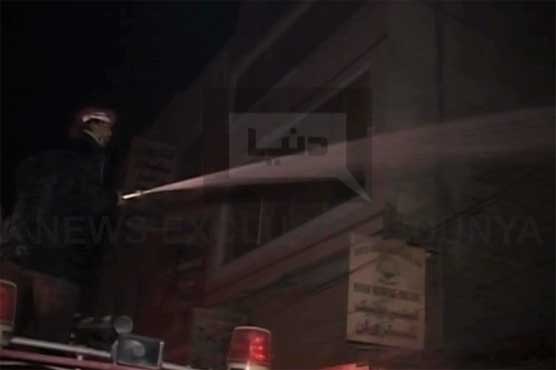 Valuables worth millions of rupees were gutted in fire at cloth market in Quetta’s Kandhari Bazar.

QUETTA (Dunya News) – According to details, fire broke out at the cloth market in Kandhari Bazar in Quetta on Sunday which spread very quickly and engulfed more than a dozen shops.

Eye-witnesses said that valuables worth millions of rupees were gutted in the fire.

Eight vehicles of fire brigade reached the spot and brought the fire under control after a hectic effort of two hours. A firefighter was also wounded in the fire who was shifted the Civil Hospital. The Deputy Commissioner Quetta, Abdul Wahid Karlar also reached the spot.

The rescue sources said that the fire at the cloth market was caused by short circuit.