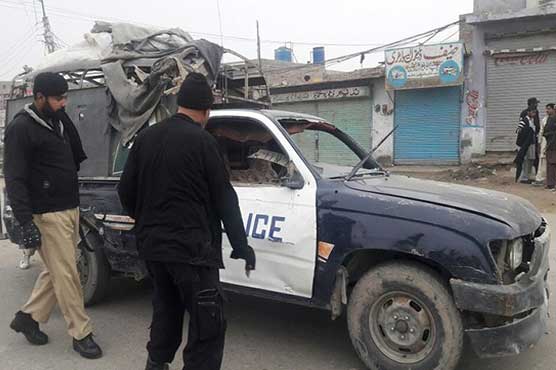 The mobile was on routine patrolling when it was targeted by a remote controlled bomb.

DERA ISMAIL KHAN (Dunya News) –Fifteen people including five police officers were injured in a remote controlled blast that was carried out on a police mobile near Kotli Imam in Dera Ismail Khan.

According to police, mobile van of Cantt Police Station was on routine patrolling when it was targeted by a remote controlled bomb that was placed in the center of the road.

Among other victims, a woman and security guard of Gomal University Muhammad Ali are seriously injured who have been referred to Multan.