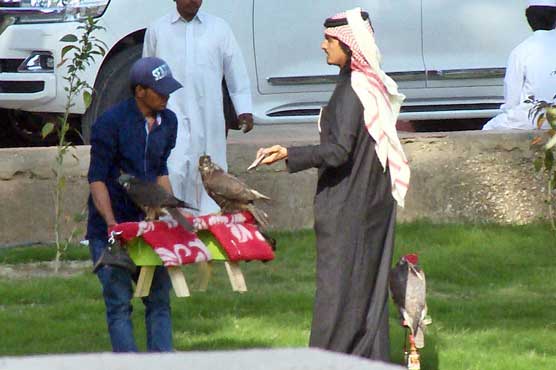 The Baloch leadership has given one week to government to take away their reservations.

The Baloch leadership has said the government is damaging the peace of local area and making circumstances critical.

According to them, armed men under the sponsorship of the federal ministers come to their lands to hunt protected houbara bustards and destroy all their crops.

The leaders said that they will not hesitate in taking strict actions if government does not accept their demands and take out their reservations regarding this issue.

They further added that Baloch people are themselves very hospitable and respect theirs guests very much, but they cannot allow anyone to come and destroy their crops.

The Baloch leadership has given one week to government to take away their reservations otherwise they will have no option but to take serious action whose sole responsible will be federal government.