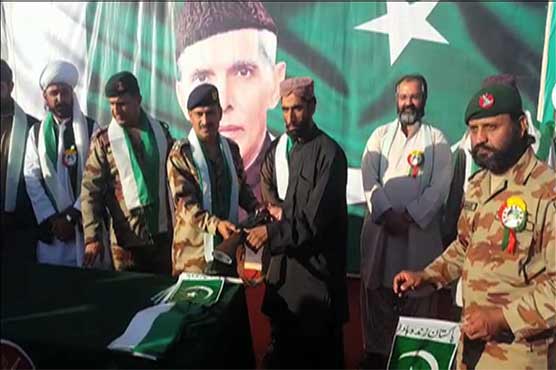 The fugitives surrendered before East Sector Commander Brigadier Amjad Ali Satti during a ceremony on Quaid-e-Azam Day and announced to join national mainstream. Security officers, tribal leaders and common people were present on the occasion in large numbers.

Brigadier Amjad Ali Satti embraced the fugitive commander and welcomed them by presenting them with Pakistan’s national flags.

According to security officials, those who surrendered were involved in serious crimes including attacks on gas pipelines.