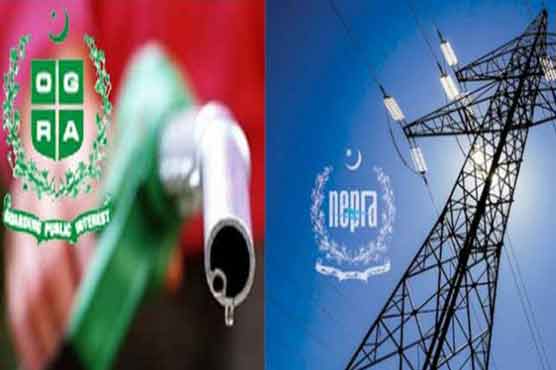 Rs 500 billion had to be returned to public if NEPRA, OGRA weren’t brought under ministries

The federal government was trying to shift the load of various project delays and extra expenditure on the common people but NEPRA was not allowing that to happen. The process kicked off when the government realised that NEPRA wasn’t following the new guidelines set by the government.

When NEPRA refused to abide by the guidelines given by the ministry of water and power, the government realised that the dream to end load shedding by 2018 wouldn’t be possible to realise without bringing these bodies under their thumb.

In view of these developments, Prime Minister (PM) Nawaz Sharif took the extreme measure and ordered these regulatory bodies to become subservient to the relevant ministries. Moreover, the government would have had to pay Rs 500 billion back to the electricity users which had already been deducted.

Looking at various decisions and summaries sent by NEPRA during the last few years, it was quite evident that the government was going to get rid of the body in one way or the other.

Lahore-Matiari transmission line, which is being laid down by a Chinese company, was estimated to cost Rs 2.1 billion dollars but NEPRA brought this estimate down to Rs 1.5 billion. Federal Ministry of Water and Power was unable to digest this decision.

The second biggest reason was the poor planning of Nandipur power project, in which the delays had cost a rise of Rs 200 billion in the total cost and NEPRA had refused to pass on the burden to the common people. The authority had also issued show-cause notices to CPPA and others in the renegy projects run on RLNG in Punjab.

Moreover, NEPRA had also refused to raise the recoveries to 100%, to much annoyance of the ministry of water and power. The body also wanted to return Rs 300 billion to the consumers that had been overcharged in the utility bills last year. However, the federal government got the stay order from Islamabad High Court on this issue with complete backing of Ministry of Water and Power.

Federal Ministry of Water and Power also wants to include the 7.5% withholding tax in the project costs under CPEC projects. NEPRA wasn’t approving of it either.

On the other hand, Oil and Gas Regulatory Authority (OGRA) was a major hurdle in the deal with the Chinese company on Gwadar-Nawabshah gas pipeline and LNG terminal project worth Rs 15 billion.. OGRA is not setting the tariff as per the demand of the Chinese company.

Similarly, OGRA is also a major hurdle in the gas pipeline project worth Rs 1.2 billion with Russia.

NEPRA wants to lower the tariffs to provide relief of Rs 160 billion to the consumers but the government wants to block this reduction in prices.

NEPRA and OGRA are the major hurdles in letting the Chinese companies get the tariffs of their choice. OGRA is also a major hurdle in the way of several gas schemes in various areas.

The report was originally published in Daily Dunya. It was reported by Aftab Makeen.

PM Nawaz rushes to end power cuts ahead of 2018 election