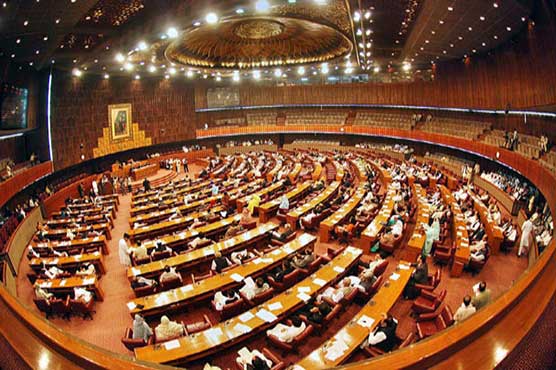 Party claimed that Interior Minister was blamed for neglecting NAP's implementation in the report.

According to details, Shireen Mazari presented the motion signed by PTI senior leaders Shah Mahmood Qureshi and Munnaza Hassan to urge the participants to discuss the report of Justice Qazi Faez Isa-led commission in the House.

The party claimed that Interior Minister was directly blamed for neglecting implementation of National Action Plan (NAP) in the report while concerns were also raised over his meetings with banned outfits.

Reference of provincial government‘s corruption was also given in the document.

The motion further stated that report maintained that anti-terrorism operations got affected by provincial government’s negligence whereas the report has also indicated the flaws in the government and system.