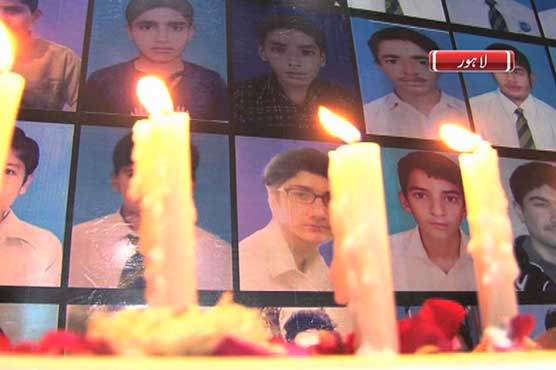 Parents and relatives of martyrs were also present in the memorial ceremony.

PESHAWAR / LAHORE (Dunya News) - On the eve of second anniversary of APS attack, a ceremony was held in Archives Library Hall in Peshawar. Participants held rallies and candlelight vigils to express solidarity with the victims of APS carnage.

Parents and relatives of martyrs were also present in the memorial ceremony. 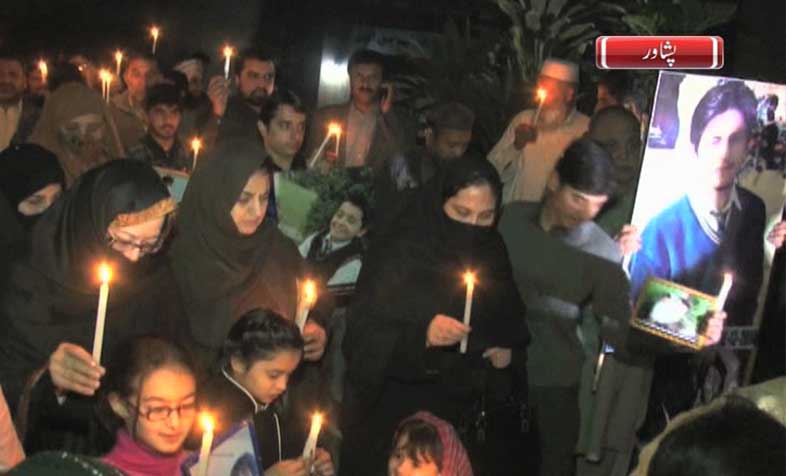 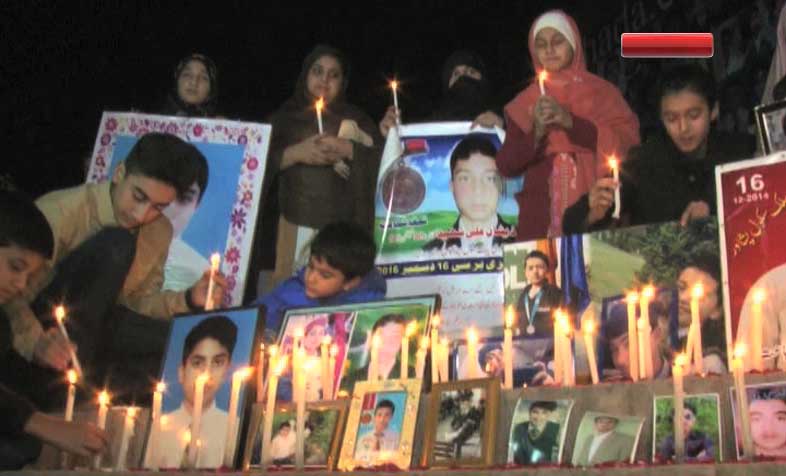 Siblings of martyrs said that they could never forget their loved ones. Participants expressed sheer resolve to not admit defeat in anti-war campaign. 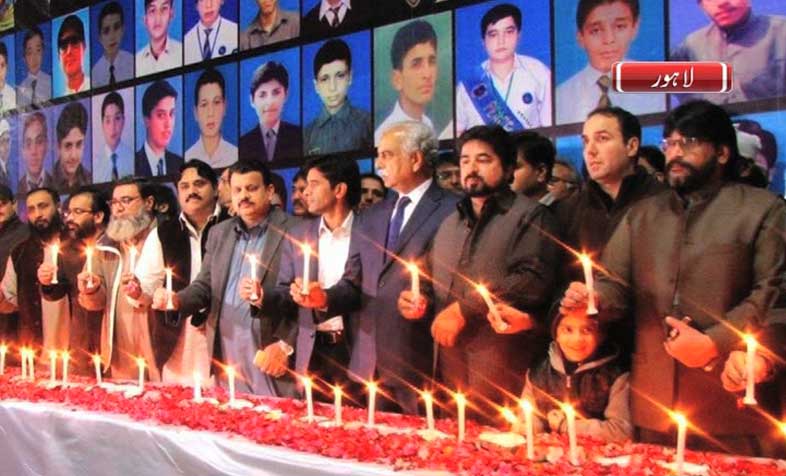 On December 16, 2014, seven terrorists attacked the Army Public School (APS), claiming more than one hundred and fifty lives. Among them, 132 were innocent students.

More than 25,000 suspects detained under NAP in Khyber Pakhtunkhwa