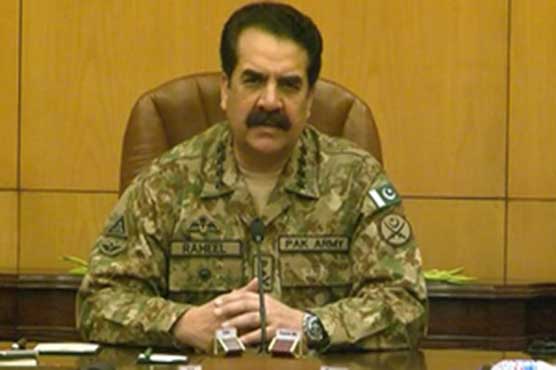 RAWALPINDI (Dunya News) – Outgoing Chief of the Army Staff (COAS), General Raheel Sharif presided over a farewell Corps Commander Conference in General Headquarters (GHQ) on Monday during which he said that it was an honour to command world’s best army.

On the occasion, Raheel Sharif said that he led the best military in the world for three years which was an honour for him. He accredited successes of the military under his command to cooperation on part of corps commanders.

The outgoing chief paid a farewell visit to Inter-Services Intelligence (ISI) headquarters upon which he was received by Director General (DG) of ISI, Lieutenant General Rizwan Akhtar.

On the occasion, the outgoing chief thanked the civil leadership for cooperation during his time period as the COAS.