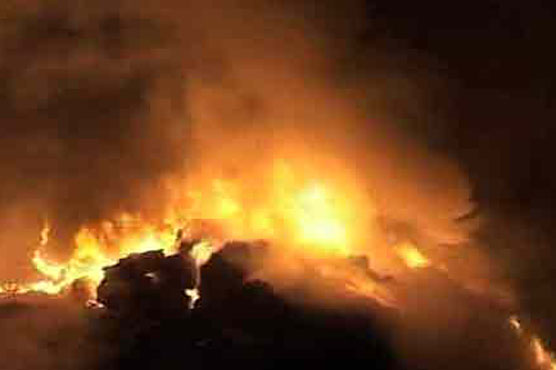 Garments worth million of rupees were destroyed in the blaze at a plaza in Sargodha on Thursday.

SARGODHA (Dunya News) – According to details, fire broke out at a garment shop in a plaza in Block No-3 area of Sargodha on Thursday. The fire spread very quickly and engulfed four more shops in the plaza, Dunya News reported.

The blaze was so severe that it destroyed garments and cloths, stored in the shops, worth millions of rupees very quickly.

Rescue 1122 teams reached the spot and brought the fire under control in one hour after a hectic effort. Rescue sources said that the fire broke out due to short circuit.

Sargodha: Woman detained on suspicion of involvement in terrorism