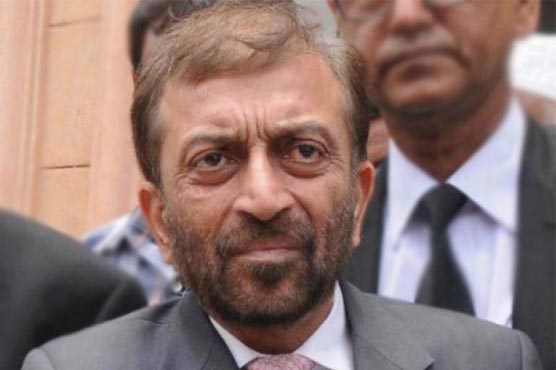 Farooq Sattar's name has been excluded due to repetitive affirmation of treason.

MQM London’s senior members Mustafa Azizabadi, Qasim Ali raza, Wasay Jaleel and Muhammad Ishfaq has said that no one besides Nadeem Nusrat is the selected convener of the party.

According to the statement issued through a press release from London, Farooq Sattar’s name has been excluded due to repetitive affirmation of treason.

The press release states that Farooq Sattar has no right to impose organizational decisions on the public whereas he is also not the parliamentary leader of MQM.

MQM London has also appealed to all its members in National and Provincial assemblies to resign while respecting the sacrifices of martyrs.

The press release further say that party workers and public should believe all such statements of Nadeem Nusrat which have been endorsed by the leader himself.

In a recent press conference, Farooq Sattar proclaimed himself as MQM-Pakistan convener and inquired about the registration of any party with the name of MQM-London.

Meanwhile, MQM-London also faced a severe blow when Election Commission of Pakistan (ECP) announced that Farooq Sattar is the leader of MQM.