Suicide bomber arrested in Shikarpur got training in Afghanistan:sources 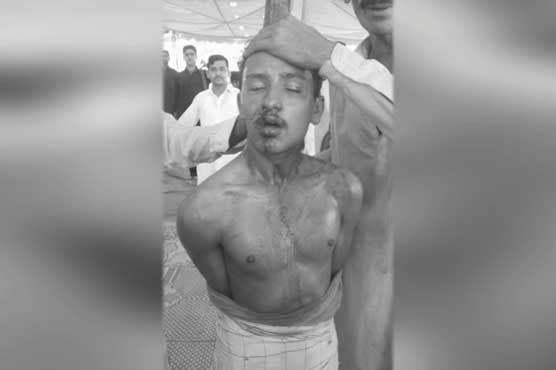 According to report, four more trained terrorists are in Afghanistan

KARACHI (Dunya News) – Suicide bomber, who was arrested in Shikarpur had got training in Afghanistan and there are more trained terrorists there, according to the sources of Dunya TV.

According to the report of security forces, there is a network of terrorists in Balochistan and there are terrorists named Arif, Maaz, Sajjad alias Dilawar, Hafeez and Abdullah. A person named Abdullah brings the terrorists from Afghanistan.

The terrorist caught in Shikarpur had got training in Afghanistan’s province Nangarhar and he was trained in camp of banned outfit Tehreek-e-Taliban Pakistan (TTP) for one month. Terrorists had reached Wadh in Ramzan and stayed at the house of a person named Arif.

According to report four people started their journey towards Shikarpur on 12 September and after taking some rest in night, they reached Shikarpur in the morning. Terrorists had a cup of tea after reaching Shikarpur and started moving Imam Bargah at 8:18 am and attempted to attack at 8:28 am. They were in contact with Hafeez and Sajjad alias Dilawar all the time. Hafeez was also involved in January 2015 Shikarpur blasts.